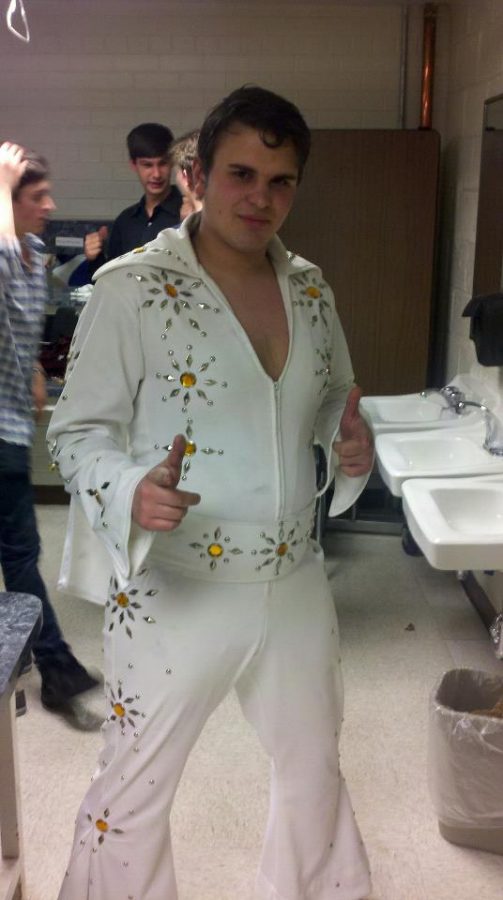 Mr. Greene referred to his young self as a “jack of all trades.” He got himself involved in all sorts of activities at school from football to competitive public speaking to drama. Greene was the pharaoh in Joseph and the Amazing Technicolor Dreamcoat, and in the production he wore a one piece sequin jumpsuit with a cape— a highlight of his high school career. Mr. Greene shared that one of the drama directors would spend an hour trying to coif his hair before the show which the director referred to as the “bane of my existence.” Mr. Greene has always liked science, in part because his father was a chemistry teacher. His father taught at the high school Greene attended.