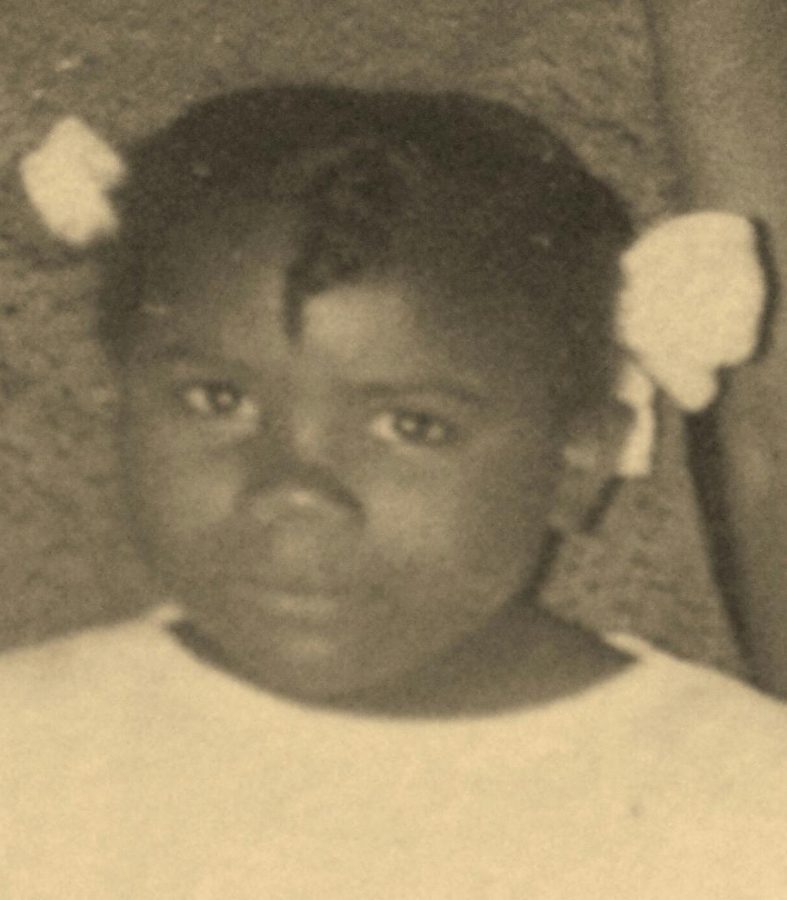 Ms. Caballero lived in Old Havana, Cuba, for twenty-six years, from the time she was three up until her second marriage. As a child, she grew up in an old hotel that had become an apartment for many families after the Cuban Revolution. The rooms were small and the staircases were used as a playground for the children living in the building. Ms. Caballero played hide and seek with her friends and jumped rope on the staircase landings. She also came up with elevator games. “We would go in the elevator by pressing the bell. [Then] the kids downstairs would try to run up the same speed as the elevator,” she said. Ms. Caballero was in the school choir and she and her playmates used to sing on ground level and compete to see who could be heard on the fifth floor. The friends also played tricks on the man who worked the elevator and once put an egg under his seat cushion.

“We were not conscious of the fact that we needed help,” Ms. Caballero said. The hotel rooms were so small, and as her mother told her, it was difficult to break such a cycle of poverty. But she also recognizes the good that came out of her childhood experiences. “Living here helped me aspire to be something else,” she said. She learned to negotiate with others and be flexible as well as playful.

Ms. Caballero’s primary school was ten blocks away; while walking there each day she learned to stand up for herself. The streets she passed on her way to school were full of fighting and she had to yell in order to travel safely. Many of the other kids in her class lived closer to school in their own houses and apartments and were not familiar with her struggle.

When there was no running water in her home Ms. Caballero walked around Old Havana with two buckets and asked restaurants or water trucks to fill them. She often walked miles before finding water which she then had to carry up her apartment stairs as water was prohibited in the elevator. Sometimes, when money was low, she would sell the water to families. Ms. Caballero looked forward to taking trips to get water. She enjoyed the freedom it gave her to roam the city and meet new people.

Ms. Caballero went to boarding High School on the Isle of Youth. The day was divided in two; in the morning students would pick grapefruits and in the afternoon they would study. Ms. Caballero said that being in school, “made me feel strong inside.” She believes, “you end up broken if you don’t feel…there’s something to be done.”