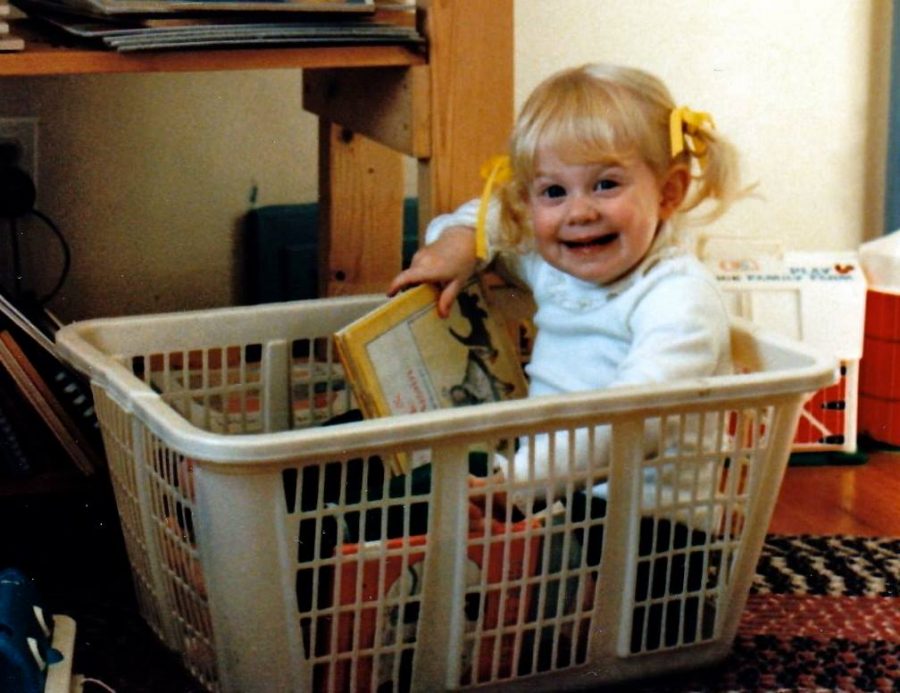 Science teacher Melissa Valentine as a child sitting in a laundry basket.

Ms. Valentine’s parents were convinced that she would grow up to be a singing marine biologist who rescued sea otters after she fell in love with some otters during a day at the aquarium. When she was little, Ms. Valentine was extremely shy. “When I talked to anybody, my face would turn bright red,” she said. Nowadays Ms. Valentine sees herself as much more outgoing, but she still hasn’t changed in one regard: her tendency to be a stickler when it comes to following the rules. “I was a ‘have to follow the rules’ type of person as a kid and I still am today,” she said.

Ms. Valentine says that if she had had the freedom to ignore any rule she wanted as a kid, she would have liked to watch more TV and listen to the radio. “I never listened to the radio. People would talk about what their favorite station was and I had to make it up…because I didn’t know any radio stations,” she said.

Ms. Valentine’s fond childhood memories include a lot of family trips. Once her family drove their motorhome to visit her grandmother’s new house that was stationed up a mountain. When it was time to leave, their motorhome couldn’t make the curve in the road and so they had to drive backwards all the way down. Ms. Valentine’s family labels this adventure “ the trip of terrible threes” because after they arrived at the bottom of the mountain, the motorhome flooded and some time after that it broke down completely.