The Mental and Physical Impacts of Distance Learning 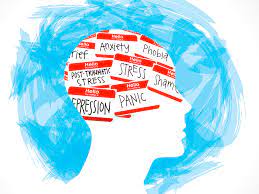 Over a year, Quarantine has become a term we have become accustomed to. The MacDuffie community experienced first-hand social isolation beginning this past March. The final months of the 2019-2020 school year were spent in distance learning; seeing each other through screens, submitting assignments online, and the occasional warning about unstable internet became customary.

In September, classes resumed with various in-person students in attendance. Eventually, the pandemic forced us to take shelter in our homes once again. These rash changes have had an impact on the entire MacDuffie community. The effects on our psyche and bodies are irrefutable.

Mental health and physical activity are more closely related than one may think. Although studies of older adults and adolescents with depression and anxiety have been limited, physical activity seems to appear beneficial.  Meirion George, Athletic Director, urges both students and faculty alike to engage in some sort of physical activity: “It doesn’t have to be one hundred percent effort, or intense sports practices, it can be fun things.”

Being physically active doesn’t need to include arduous activities. You may find that taking only five minutes during passing time to get out of your chair and move may help improve both your physical and mental health. If you do 6-5 minute chunks every day you would have done 30 minutes of physical activity.

However, some students have issues engaging in physical activity. One student expressed that due to the pandemic and distance learning, they have no motivation to exercise. This student has been diagnosed with depression and believes it is, in part, due to these two contributing factors. Having to sit for seven hours a day and doing school and homework 24/7 gets exhausting very quickly, said the student. It has also been more difficult to pay attention in these classes, as the student expressed, because they aren’t very interactive.

Several other students also find classes during distance learning to be very different. Alex Li said that while he performs similarly well in some classes, in others he does worse than what he believes he could obtain if he were an in-person student.

Li, attending classes in China, shares his insight on the divisive time zone: “The time zone is awful, and I need to take classes at night.”

Despite the inconvenience, Li recognizes that MacDuffie’s policy in which students don’t need to attend classes after 11 pm local time, has been helpful. Other international students who attend American schools have to stay up until 2 or 3 am their local time in order to complete their classes.

Other remote students who aren’t taking classes from the United States do like the school’s policy on the time difference. Although Seiri Lee recognizes that classes do run late in her time zone, she likes that she only has to go to school until her second or third block. Lee stated that she sleeps a healthy 7 to 8 hours and that in all, distance learning has actually improved her mental health.

She said that “because I can spend time in South Korea, after having spent so much time away from home, it’s been nice.” Lee has found solace in being able to spend more time with family, despite not being able to socialize like we were able to prior to the pandemic.

Alia Ghaoui’s experience with distance learning was also similar. In the sixth grade, Ghaoui shared that online learning had its pros and cons: “I can’t see my friends but it’s easier to go from class to class.” Ghaoui attributes her good mental health to having a family that is also going through the same situation, saying that “when you have a family that is also going through remote things it helps because they understand what’s going on.”

While students have had varying experiences with distance learning and the impact it’s had on their mental and physical health, Ghaoui did end the interview with good advice.

She stated that  “If anybody is having a hard time they should talk to somebody and that it’ll be over soon.” In regards to mental health, if you are having issues, you should speak to a loved one or someone you trust.