Bringing Current Events Into the Classroom 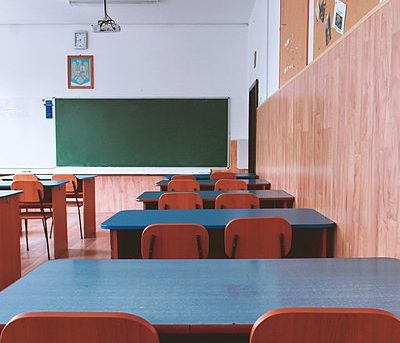 Should current events be a regular part of class discussions? Photo via Wikimedia Commons under Creative Commons license

In defense of bringing current events into the classroom, current events provide a more applicable education, while also teaching students about the world they live in. Mr. Griffin, the Head of School of MacDuffie, stated, “I think it’s important for our students to have a general awareness of the world around them…I would hate for our students to go through their career at MacDuffie and for them to be excellent at the assignments that they’ve been given but to not have any awareness of their surroundings.”

Janelle Aponte, a sophomore at MacDuffie, added on to this saying, “When we ignore those things and we expect students to take on a day’s worth of work and we don’t address these kinds of things that are happening in real life, we’re kind of pushing aside what their facing, how they’re feeling.” Along with this, however, it also gives students a more personal view on matters in society. Teachers and students can express their views on the world and share how current events have impacted them on a personal level. However, issues could and have occurred in allowing for other student’s opinions to be heard.

If current events are brought into the classroom, this creates another question as to whether or not they should be discussed in all classrooms or only certain classrooms. According to the survey, many people think that current events fit well into History and English classes. Mr. Denno, a History teacher at MacDuffie, stated, “In a history class, for example, I think it is really useful to make connections between history, which students are often disengaged from because it’s very old, kind of abstract, to make connections between that and the things that are going on today.”

Janelle, who also believes that current events should be discussed in all classrooms added, “it allows us to grasp the concept of the class and what we’re learning.”

However, if all current events were allowed to be discussed in every classroom, a problem may occur in it getting in the way of traditional learning. Senior Max Tischenko stated, “Time is limited during class…If we spend some of that class time discussing current events that aren’t related to the class, then I feel like that’s just a waste of time,” although he did explain that current events could be discussed if it was relevant to the class.

The majority of people preferred to discuss matters as a group, although some still preferred to have matters discussed individually. “Each has its place,” Mr. Denno said. “When you’re having a conversation with an entire class, obviously you have an opportunity for multiple perspectives and for an exchange of ideas, which is ideal.” He then went on to say that, “A student might feel more comfortable speaking honestly to you in a way that they wouldn’t, maybe, in front of ten or fourteen piers.” As a few students felt they were not able to share their opinions, a one-to-one discussion would allow for teachers to hear the varying opinions of their students, without the fear of being punished for stating their ideas.

Now comes the question as to whether or not teachers should lead an opinionated or neutral conversation. Students and teachers at MacDuffie have varying opinions about the matter. One student stated, “it is necessary to remain neutral since facts are more important than ‘what you think is right or wrong’.” The student said that conservative students may “feel misrepresented if everything we talk about is how the liberal side is always the right side/way.”

However, in contrast, another person stated “The discussion becomes meaningless if a personal opinion has to be disguised to look ‘neutral’ so that others feel comfortable expressing their opinions. If the leader fears that his or her opinion might affect how others express themselves, then they can express their opinions after everyone has shared theirs.” Many also felt that it is not good to remain neutral in any circumstance when discussing horrible events in the past.

Overall, the general opinion of people at MacDuffie is that discussion should be had if opinions can be heard, without pressuring others to change their views on a certain matter.