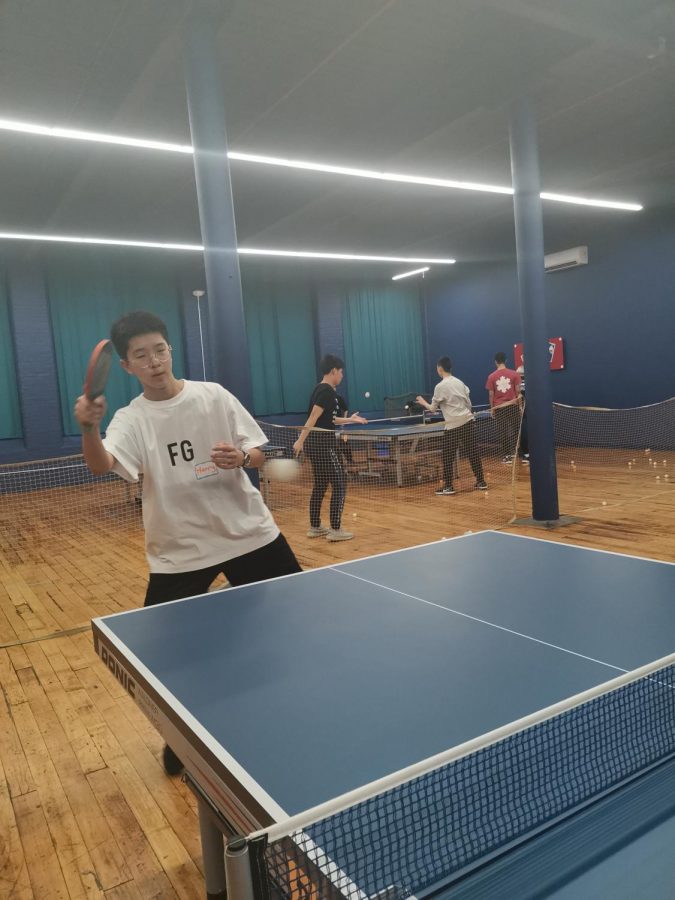 A new sports season is going to start at MacDuffie, and the Athletics Department is still considering whether ping pong will be a competitive sport or a CAP. A sign-up form for winter sport was sent out for all students. Close to one hundred students signed up for three winter sports, which include basketball, swimming, and table tennis, or ping pong.

Like every previous year, the basketball and swimming team will compete with other opponents from different schools both away and at home while ping pong was usually a CAP. But this year, the athletic department is considering putting table tennis into one of the competitive sports. Athletic Director Meirion George said that the school started table tennis last year as a CAP to see what the interest was, and it was a good interest.

Senior Valerie Le said she joined the table tennis because she wants to work out with table tennis, but “[doesn’t] want to compete in a real match.”

“The only problem is [that] there are not many other schools that have it as a competitive sport, so if you can’t be that competitive except internal,” George said. Therefore, that means it could be a CAP based on the lack of interest from other schools.

“I want to see if we can establish it like we did with badminton where we have a consistent number,” George said, “And from the school perspective we need to see if it going to be worth our investment into more tables and a permanent location to have us practice and play, and what we used last year is not ideal.”

Still, he is talking to some of the other schools, and many schools have it as a club. However, they do not prepare to travel or compete, so it’s down to convincing them that this is worth it.