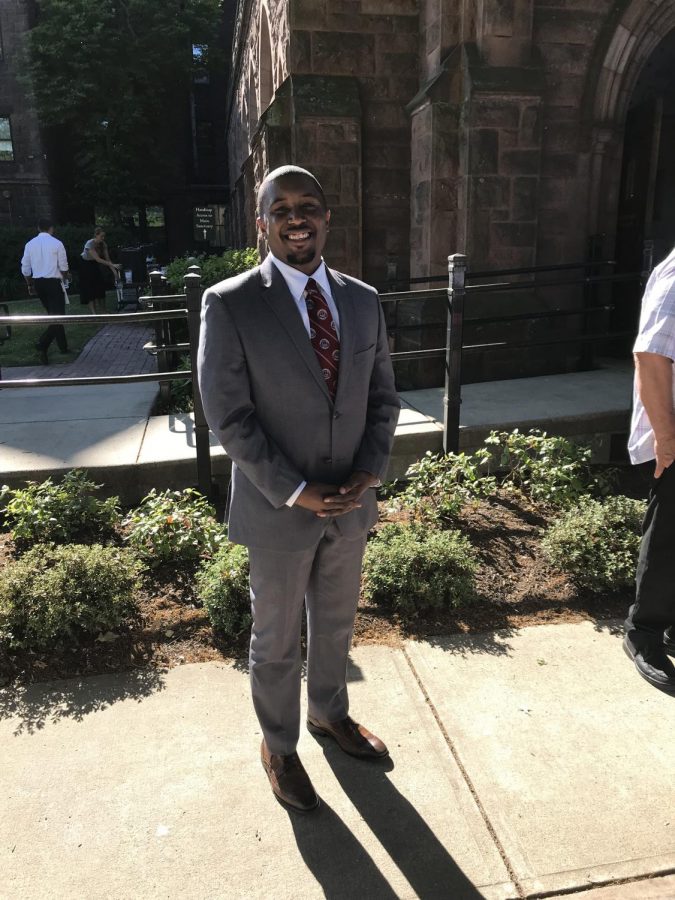 MacDuffie’s Head Coach of the Prep Boys Basketball team as well as PE and Health teacher, Jacque Rivera, will be leaving next year for a different career opportunity. Symbolically, Rivera came to MacDuffie in 2014 with the graduating class of 2019; now, he will part ways from the school with them as they graduate on June 8th.

Rivera said that he has truly enjoyed his time at MacDuffie and he will always remember it as a very special place.

“MacDuffie has been really good to my family and I. I have grown up a great deal in my five years of being here. In five years I have gotten married, had a child, really grown up,” he said.

It is still undetermined who will fill Rivera’s role next year, and he is quite removed from the process. However, he said, “I’m eager to see where MacDuffie is going to go. I’ve watched the program and students grow for five years now.”

Rivera expressed that he is excited about his new opportunity and chance to continue growing even though he is unsure of his road ahead.

“As I embark on this new journey I have the same reservations and fears as high school seniors right now about college,” he said.

In leaving MacDuffie behind, Rivera emphasized how much he will miss colleagues, students, and the school atmosphere. Recognizing Athletic Director Meirion George and Athletic Trainer Kevin Konstant, Rivera said, “I will miss the people whom I have made friendships with.”

Rivera has always been a familiar face in morning assemblies and in the halls. He has made close connections with his students, demonstrated by their complex handshakes and laughter.

“I will really miss the kids because everyone here is so laid back,” he said.

Additionally, Rivera said he will miss the unique way in which MacDuffie leads middle school into high school. The school where Rivera will be taking a coaching position is only high school, grades nine through twelve.

“I’ll really miss watching kids come through middle school. I think that’s really unique and one of the cool things about MacDuffie,” he said.

Rivera humorously expressed that he will miss the short commute to work, as he and his family have been living at Rutenber, the house located behind the school and home to some of the middle school boys’ dorms.

To the students Rivera is leaving behind, he would like to say, “It’s a journey, and you embark on a journey as you move forward. No one stays in one place forever, and if you do, you become stagnant.” He casually added, “Always keep your feet down, your head up, and just keep trucking along.”