The College Admissions Scandal: Does Hard Work Pay Off If You Can’t Pay Your Way In? 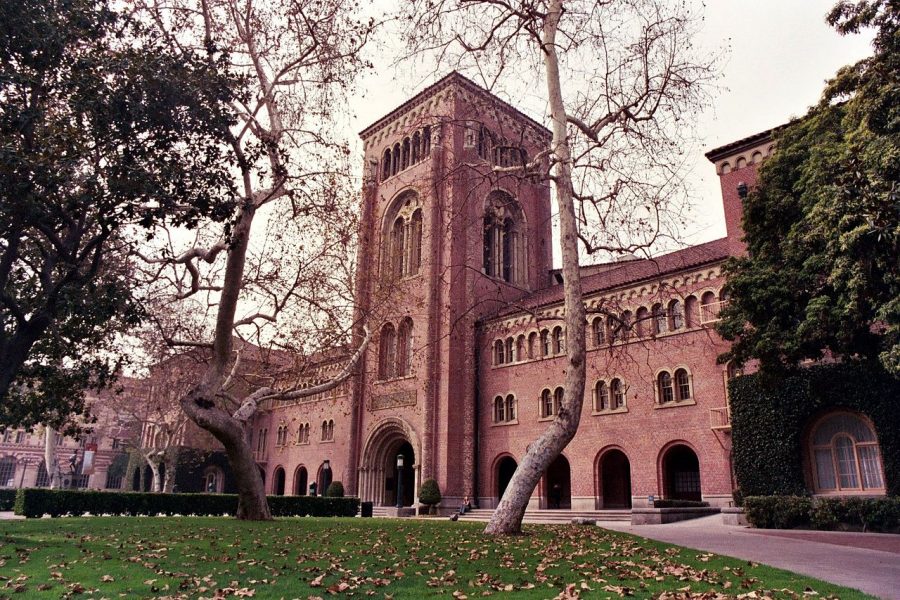 The University of Southern California, among other highly competitive American universities, was implicated in the recent college admissions scandal involving dozens of wealthy families. Photo via Wikimedia Commons under Creative Commons license.

On March 12, 2019, the college admissions scandal involving dozens of wealthy families across America made national headlines, exposing a web of bribery that permeated some of the country’s most prestigious institutions, including Harvard, Yale, and Stanford. When the scandal broke, many were quick to point out a heartbreaking truth that the majority of news outlets didn’t mention—as a result, dozens of hardworking, qualified applicants were denied admittance to the colleges of their dreams.

One of the most well-known participants in the scandal was “Full House” actress Lori Loughlin, who allegedly paid $500,000 in bribes to the University of Southern California athletics department in order to have her two daughters designated as recruits for the USC crew team. Her daughters, YouTube star Olivia Jade Giannulli and Bella Giannulli, had never participated in competitive crew, but being recruited as members of the team would dramatically increase their chances of getting into USC.

This isn’t the first time one of Laughlin’s daughters has been entangled in a college-related controversy. In the fall of 2018, Olivia Jade Giannulli told her 1.9 million YouTube subscribers in a now-deleted video that she doesn’t “really care about school” but looked forward to “game day” and “partying” while attending college. At the time, Giannulli had just begun her freshman year at USC, a highly selective university that accepts just 17% of applicants, according to Niche.

Ironically, USC’s website explains that it seeks applicants who are eager to pursue “ambitious intellectual and professional goals” and who strive to “make an impact, both in and out of the classroom.” Though it may sound brash, USC ultimately rejected a high-achieving student that epitomized the values they espouse, by accepting Giannulli.

Students belonging to the graduating class of 2018 from across the nation (and even world) spent their high school careers filling their schedules with the hardest classes, studying until the early hours of the morning, pushing themselves to their physical limits in varsity sports (such as crew), racking up community service hours, leading clubs, dedicating many hours to review for the SAT and ACT, and toiling away at college applications while in a half-awake, caffeine-fueled stupor. Yet statistically speaking, 83% of these students who applied to USC were rejected, while Giannulli gained admittance by means of her influential parents.

However, it is unfair to hold Giannulli accountable for her admittance as it is not known whether she was actually aware of the crimes her parents committed. Another upsetting aspect of this scandal was that for the majority of the families involved, the children were left completely oblivious, believing they had gained admittance to Ivy League universities or equally exclusive institutions based off of their own merit. This scandal not only represents an injustice towards hardworking prospective college students, but also the students who were tricked into believing they were capable of achieving their acceptances, only to be made a mockery of in the national media because of their own parents’ doing.

While Laughlin’s actions may have been pale in comparison to those of other parents involved in the scandal—which included creating fake charities and paying to have their children’s standardized tests taken by a proctor—she ultimately prevented a well-deserving student from obtaining a higher education at a university they had likely dreamed of attending their entire lives. While some have defended Laughlin by saying that she simply wanted the best for her children, there were many ways she could have obtained what was best for her children with her wealth, and the route she took was the most selfish one possible.

In a society in which students who come from wealthy families already have an enormous advantage in the college admissions process due to their access to essentially any tutoring services, extracurricular opportunities, and well-funded schools, it seems outrageous that the families involved in the scandal would have to take such drastic measures to ensure that their children gained admittance to the country’s top universities. Although it is so unfortunate that this scandal disadvantaged many honest students, one can only hope that it will prompt high schools and colleges alike to create more regulations for standardized testing and the college admissions process as a whole.