A MACDUFFIE MYSTERY! What’s up with that random button?? 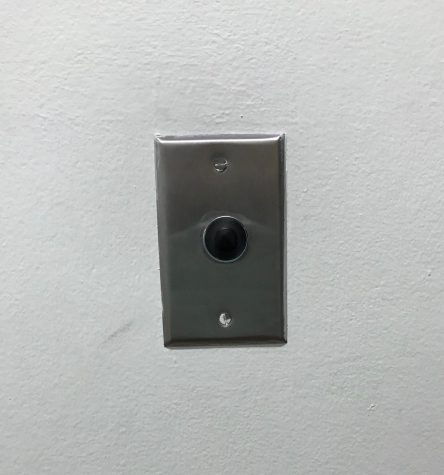 School’s out for the day, and you’re on your way to the front of the school. You’re walking down the right wing’s main floor hallway. As you pass Mr. Shelburne’s room you suddenly stop. For the first time, you notice a strange black button sticking out of the wall. It’s always been there but you didn’t notice it until now. Instantly, questions start flying through your mind. What does it do? Why was it put there in the first place? Has anyone else noticed it but you?

Like the curious student you are, you decide it’s time to do some detective work. You pull out your handy notebook and you’re ready. You decide to survey the MacDuffie community to find out what some others know about the button. Time for some answers.

Have you ever noticed the small black button between Mrs. Swol’s and Mr. Shelburne’s classrooms?

Do you push it when you walk by? 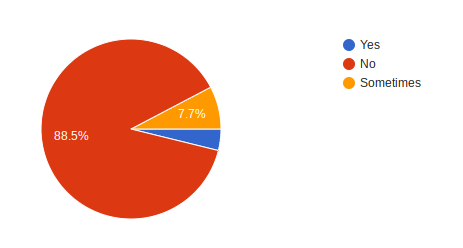 What do you think it does?

Nothing? (Multiple people said this)

It activates a video camera in the offices of the Head, the Dean of Students, Mr. Gray, and the Granby Police Department.  ~ Mrs. O’Brien

Maybe it was once a button to let someone know if a person in a wheelchair needed assistance. ~ Megan Jacques

I’m afraid to click it because I think an alarm will go off. ~ Sophie Stetson

A tone for dinner at the seminary. ~ Mrs. Swol

Maybe it used to open the back door (by the lockers) for deliveries. ~ Mr. Ruiz

A fresh set of hot-pockets gets served somewhere in the contiguous US. ~ Brian Squire

What do you think it should do?

Open a portal to another dimension or Cindy’s. ~ Sophie Griffin

It’s the button Mr. Shelburne presses to turn into his alter ego at night so he can go around saving people. Kind of like the button from the Incredibles that lets Frozone get his super suit but for Mr. Shelburne. I think he’s called “Ultimate Man.” ~ Ian Hua

Eject people who push it when they walk by. ~ Mrs. O’Brien

Every time it’s pushed a student gets an A. ~ Ms. Benedict

Make all the clocks stand still in case you’re running late for class so you have time to get there. ~ Yun Hallowell

In the end, it seems that no one knew for sure. So, it’s up to you to draw some conclusions. What do you think it does?