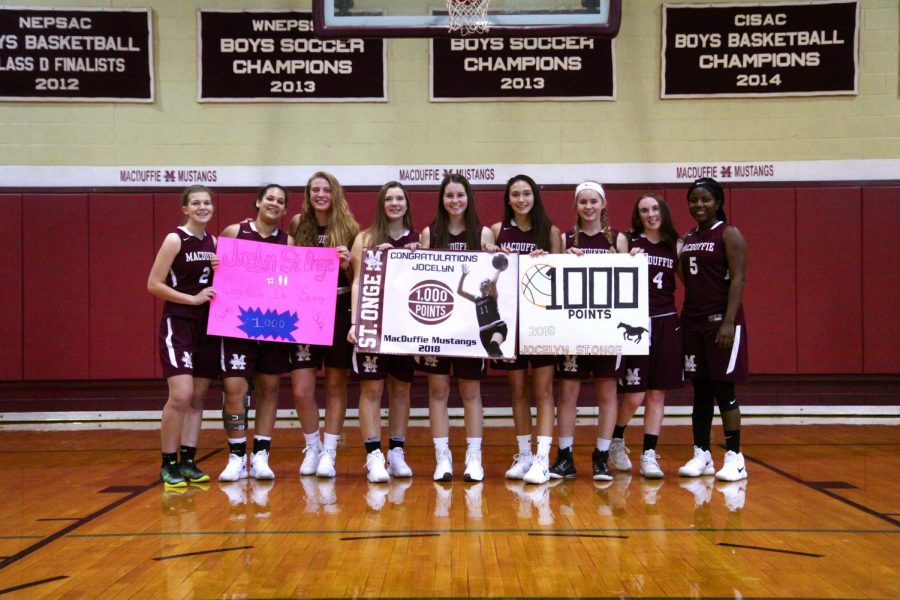 St. Onge has played basketball since fourth grade, and was raised by a dad who loves basketball. She felt amazing when she scored her 1000th point. “Reaching this milestone was a huge goal of mine, and to accomplish that is one of the best feelings ever,” said St. Onge.

The goal had been a possibility to her for a long time, and it was finally attainable fairly recently. St. Onge said, “it was always something that was in the back of my mind… but I didn’t actually start thinking about it until junior year.” She may have hit the mark then, if not for the global hinderance that plagues many athletes and causes missed games—injuries and illnesses. During her Junior year St. Onge had an ankle injury and got the flu, both of which were setbacks on her way to one thousand points.

Though reaching this milestone may have taken a little longer than it could have, she has now hit the magic number. St. Onge credits much of the support she received primarily to her dad who was her “biggest supporter,” along with all of the coaches she has had and her teammates who have helped her.

Now that she has surpassed her personal goal of one thousand points, St. Onge said, “I’m extremely focused on the team goal — winning games and doing the best that we can.”