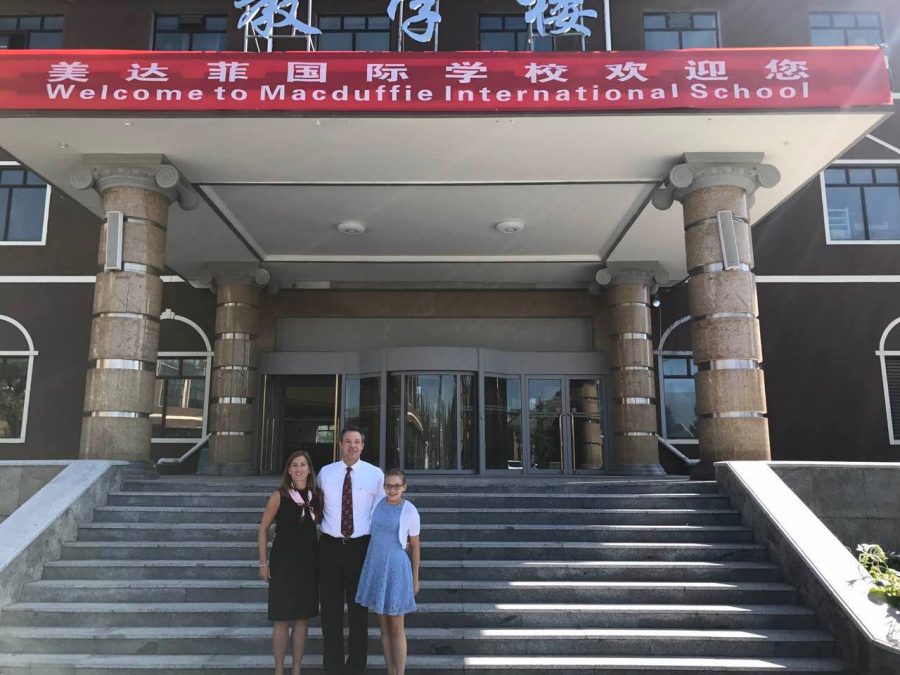 This September marked the grand opening of the Macduffie International School Beijing, with its new campus in Beijing, China encompassing the MacDuffie education and curriculum taught here on the Granby campus. The school’s opening marks the first success of many hopeful future expansions for MacDuffie internationally.

In an interview with Head of School Steve Griffin on the topic of this recent expansion, Griffin said that, “Ever since I arrived [at MacDuffie], I’ve been challenged to open partner campuses.” Working with Chris DeMarino from MMI holdings, Griffin has been looking into partnering options since being appointed head of the MacDuffie International Curriculum Advisory Council, also known as MICAC.

MacDuffie Beijing is located in the building of a previously existing school known as Livermore School. Griffin informs that “We are working with Livermore to try and turn more of their already existing schools into MacDuffie.”

While this particular Livermore school closed and reopened as MacDuffie Beijing, there are two additional campuses that continue to run as Livermore schools that MacDuffie is in the process of working with to transfer.  Griffin says, “we work with our accrediting agency, the NEASC  (New England  Association of Schools and Colleges), on how to do that the right way.”

The Macduffie International School Beijing is a school that has both its own administration and deans. As the school has just opened and is new to China, Griffin explains “there are only 17 students, and they are in just four grades, seventh, eighth, tenth, and twelfth.” The curriculum is the same as it is here on the Granby campus; the only difference is that “there are some middle school requirements to be learning about Chinese culture” according to Griffin.

Creating this new campus will most likely exist in addition to help Chinese students prepare to come to the states for studying abroad and lend aid to those who wish to get the boarding experience, but are too homesick to go as far as the states. In the future, Griffin believes that “over time you will see students that study in the middle school [in China] and come [to the Granby campus] for upper school.”

Griffin believes there are big things in sight for this Beijing campus, that “once people see it up and operating with its mission, its values, and its curriculum, in that place, on that site, you will see that the school population will grow” and be able to offer things such as exchange programs. These programs will benefit  both teachers and students at the MacDuffie campus in Granby.

During Griffin’s most recent trip to China, with his wife Elizabeth Griffin and daughter Sophie Griffin, he executed “a pitch to the government in another city, to allow MacDuffie to run a school in their city Chuzhou.” Griffin says the Chuzhou school would be a stand-alone campus where “the government would build the building and then [MacDuffie] would run it.” The approval to move forth on this project has been confirmed, and under this proposition there is potential for yet another campus in China.

Griffin says the success in spreading MacDuffie has been reliant on “the level of demand for new private schools.” Additionally, he states that “there is a huge demand for [private schools] in China, so it is a good place to be looking.”

The first concept was the idea of “partnering with a school within a school.” In other words, a Chinese Public School would create an international section to help students in China prepare for studying abroad. The MacDuffie School could have the potential to put their brand name on this international section.

Another option within the new Beijing campus is for MacDuffie to partner with an international school and build campuses to form entirely new schools.

While there is opportunity in the future for exchange programs at MacDuffie, students currently enrolled are not likely to be at MacDuffie long enough to see them implemented. However, Griffin encourages students to see that although they will “miss out” on exchange opportunities, they should carry a sense of pride that they get to study in a school that is in demand and continuously progressing.

In the future, as a part of the MacDuffie family, Griffin says, “if you ever want to go to China … why not look us up as a home base and have us get you in touch with people in China that can help you so that you don’t feel lost.”