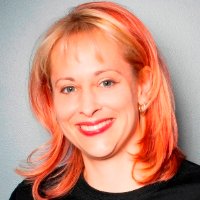 What would you do if there was a serial killer on the loose? Soon, you’ll be able to find out what happens when a sixteen year old girl in Paris is handling that scenario in the novel Spectacle. Our very own Director of Marketing and Managing Jodie Lynn Boduch has signed a two book deal with Macmillan Tor.  Her first book, Spectacle, a young adult historical fantasy novel published under the surname Zdrok, will be hitting the shelves in either late spring or early summer 2018.

Melissa Frain, an editor with Tor, has brought in Boduch for her debut as a novelist. Spectacle, which takes place in Paris in 1887, focuses on the life of a sixteen year old reporter whose job at the paper is to write the daily column for the morgue, and her encounter with a serial killer who gets a thrill out of seeing his victims’ bodies at the morgue.The book takes a supernatural turn when the protagonist navigates her way through a new ability possibly tied through the recent deaths. Overall Boduch says, “There is a little bit of mystery, a little bit of darkness, a little bit of creepiness, and a little bit of magic.”

She says that her writing process for Spectacle has been on and off for approximately four years now, but strains of the plot were planted while she was still in graduate school. “I have two postgraduate degrees in history,” she says, “and I was at Brown University when I came across this tid bit that always stayed with me. Which is late 1970 Paris they had a morgue, so any bodies found in the public domain they put in the morgue for identification purposes. If it rang a bell with anybody they identify it, but it ended up being a source of entertainment. People went there as an attraction.” Although Boduch had come across this piece of history nearly 15 years ago,she pursued other writing ideas first. Officially not coming together until a few years ago, she has always had it in the back of her mind to figure out how to work these morgue viewings into a novel.

Although writing has always been a hobby for Boduch, she says “I never thought I would be a professional writer.” She recalls that when she was younger, she would submit poems to her local newspaper for publication in the children’s section and write creatively for pleasure, but afterwards she took a different path to major in history. After graduate school, she looked into business and marketing, leaving behind creative writing until about ten years ago.

Boduch says the second book in her two book deal is currently due by January of 2018, giving her less than a year to write the novel. She says “I’m actually waiting to hear back from my editor, but we are thinking of making it a sequel, so it will be a duology.”

Boduch offers heartfelt advice to those interested in writing professionally themselves. “It’s not for the faint of heart; its very, very difficult,” she says “It’s a long and slow process with a lot of rejection, so you really have to be very determined and you really have to have faith in your abilities. Always be willing to learn from other people, take direction for sure.” As she likes to refer to it, “getting a literary agent is like making the Olympic team, but getting the book deal is like getting a medal.” After a series of no’s, the one yes makes everything worth it.