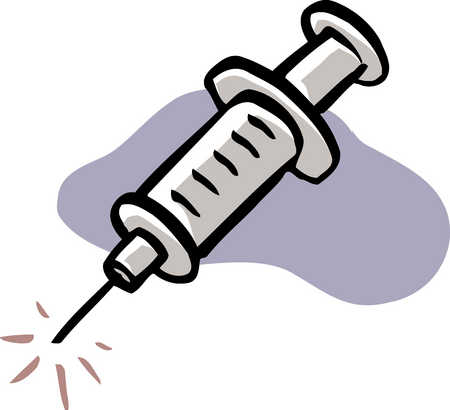 The annual occurrence of the Flu season leaves its victims waiting for it to be over, but there is an easy way to prevent the disease from affecting you.

Flu season usually begins within the month of October and lasts through February or March. “The flu” is short for influenza, and is created by the contraction of the influenza virus into the body, through inhalation, or transferring through the mouth or eyes. Usual means of transfer are when an infected person coughs, sneezes, or talks near you. While cases and symptoms of the disease are found both mild and severe, the most common effects or signs of the flu are fever (or temperature), cough, sore throat, runny or stuffy nose, body aches, headaches, chills, fatigue, and sometimes diarrhea and vomiting.

School Nurse Erica Piwcio says that “the main thing between the flu and a cold is high temperature and body aches.” While a cold is less contagious, being sick with influenza  requires a boarder here on the MacDuffie campus to stay quarantined until they have no fever without treatment.

The Influenza virus’s severity depends not only on the individual but the current form of the disease itself. Each year the flu inhabits a different form of the virus. If the season is particularly bad, there may be many more serious cases that require the attention of a doctor, but on average Piwcio says that , “you just kind of got to let it run its course.”

Once you have been infected with the flu the quickest route to recovery can be found through lots of rest, constant washing of the hands, and avoidance of others. Most can recover on their own, but should seek a doctor’s recommendation if a fever exists for more than 7 days.

Preventing the flu is most easily accomplished through the use of a flu vaccine. The vaccine, or flu shot, is composed of a small portion of the virus predicted to be most prevalent in that particular season. After two weeks of receiving the shot the body becomes immune from those strands or forms of the virus.

Piwcio says that while getting the vaccine is most important for “anyone with asthma, an elderly person, and any people that have immunosuppressive immune systems, like anybody with cancer, or anybody with any immune compromising diseases,” everyone from the age of one and up should receive and continue to receive the shot each year.

Piwcio acknowledged the challenge of avoiding sickness in a small school environment, especially with students living on campus. “Some of them will get sick and since we’re in such tight quarters it will spread quickly, that’s why we try to enforce hand washing, and the flu vaccine, and hydration, and to stay healthy as much as we can.”  She said that washing your hands is of great importance to the prevention of receiving the disease and that most people would be amazed as to where germs may be hidden.